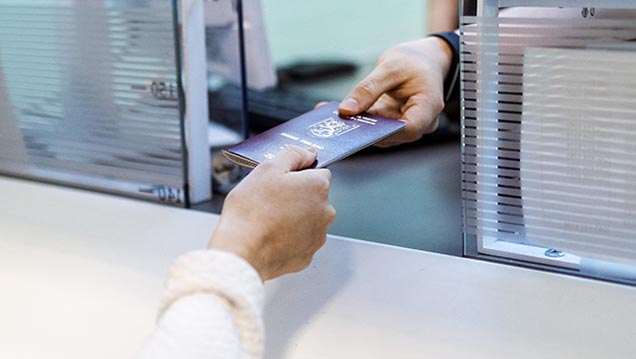 As a general rule, the limit value is eight new cases of the disease per 100,000 persons in the previous 14 days.

Alternatively, the lifting of internal border controls and entry restrictions may be considered for countries with a maximum of 10 new cases of the disease per 100,000 persons in the previous 14 days.

Traffic within the Schengen area

Based on the current development of the epidemic, border control at the internal borders will be lifted for the following countries: the Netherlands, Belgium, Italy, Austria, Greece, Malta, Germany, Slovakia, Slovenia, Hungary, Liechtenstein and Switzerland. Finland has already abolished internal border control for traffic between Finland and Norway, Denmark, Iceland, Estonia, Latvia and Lithuania as well as for leisure boating.

The restrictions will continue to be in force to the extent that they are still necessary due to a serious threat posed by the epidemiological situation. Based on the current epidemiological assessment, internal border control and restrictions on entry into the country will continue for travel between Finland and Spain, Luxembourg, Portugal, Poland, France, Sweden and the Czech Republic, with the exception of leisure boating.

Restrictions at the external borders to continue with certain exceptions

External border traffic between Finland and EU countries that do not belong to the Schengen area, as well as the United Kingdom, Andorra, Monaco, San Marino and the Vatican, will be subject to the same assessment criterion concerning the incidence of outbreaks as internal border traffic. In this case, in line with the Government decision, unrestricted travel will be permitted between Finland and Cyprus, Ireland, Andorra, San Marino and the Vatican.

The restrictions will continue to be in force for travel between Finland and Bulgaria, Croatia, Romania, the United Kingdom and Monaco.

Traffic between Finland and the countries on the list will be opened up subject to certain restrictions if the number of new infections in the country on the list does not exceed 8 per 100,000 persons during the previous two weeks.

This means that as of 13 July, travel between Finland and Algeria, Australia, South Korea, Georgia, Japan, New Zealand, Rwanda, Thailand, Tunisia, Uruguay and China (provided that reciprocity is confirmed in the EU) will be permitted for work and other essential purposes for residents of these countries with similar restrictions as travel at internal borders.

For countries on the green list where the number of infections exceeds the criterion (Canada, Montenegro, Morocco, Serbia) and other third countries, the existing restrictions on external border traffic will remain in force.

Situation to be reviewed approximately every two weeks

If the epidemic situation so permits, the Government will review its decisions on border traffic restrictions in two weeks’ time and, if necessary, make new decisions.

At the same time, unrestricted entry at the external borders would be permitted from those ‘green list’ countries where the incidence of infections does not exceed 8 new cases per 100,000 persons during the previous 14 days.

If necessary, the restrictions may be reinstated if the epidemic situation in a certain country deteriorates significantly.

Under section 9 of the Constitution of Finland, Finnish citizens always have the right to return to Finland, and everyone has the right to leave Finland if they so wish, provided that there is no legal impediment to this. However, the Government still recommends avoiding unnecessary travel to other countries, except for countries for which the restrictions on entry have been lifted.

Berry pickers will be allowed to enter the country

The entry into the country of berry pickers residing in Algeria, Australia, South Korea, Georgia, Japan, Rwanda, Thailand, Tunisia, Uruguay and New Zealand as well as China (provided that reciprocity is confirmed in the EU) via external border traffic at the invitation of the of the employer would be permitted. The entry of berry pickers from Thailand will be permitted according to the country quota previously allocated to Finland. The Thai authorities announced earlier that Finland’s quota is 3,000 pickers.