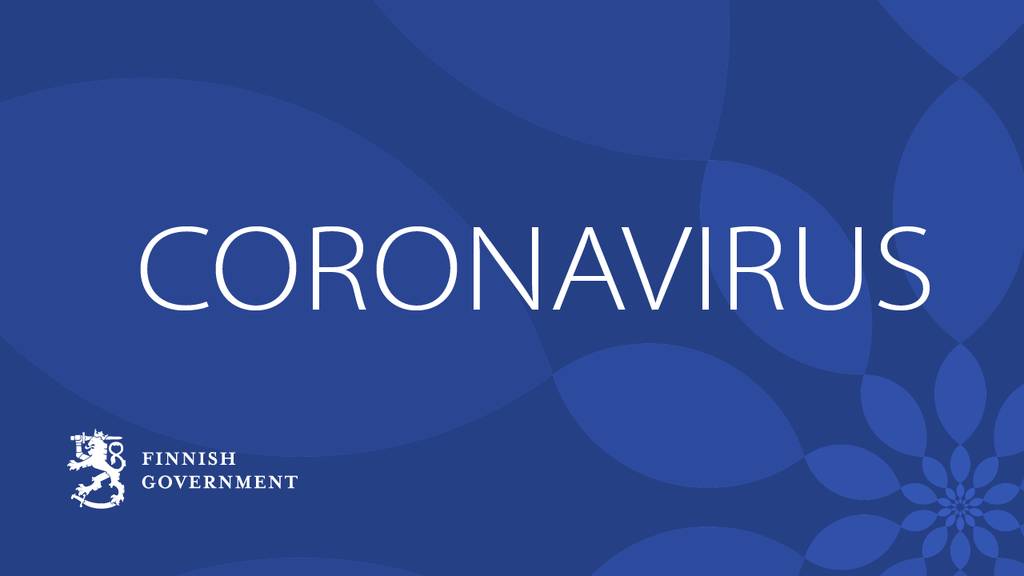 The Government has decided to begin restricting cross-border traffic at Finland’s borders starting on Thursday 19 March at midnight. Border-crossing points will be closed and border controls will be reintroduced. The police will monitor, within the limits of their resources, compliance with the restrictions on public gatherings imposed due to the coronavirus and, if necessary, provide executive assistance to other authorities.

The Emergency Powers Act will be brought into effect by government decree for the period 18 March–13 April. This will have significant impacts on the activities and finances of the police and the Border Guard.

"Finland and the whole world are facing a very serious situation because of the coronavirus. We all have to do our part because of this. Cross-border traffic at Finland’s borders will be significantly restricted. The Government has made these decisions to help ensure that Finnish society and the healthcare system continue to function under emergency conditions," says Minister of the Interior Maria Ohisalo.

No one should travel abroad

People must not travel abroad at all between 18 March and 13 April. This applies to travel by land, by sea and by air. A person returning to Finland from abroad should remain in quarantine-like conditions for 14 days. Finnish citizens and permanent residents in Finland are always allowed to return to Finland. Foreign travellers in Finland can leave the country.

Freight and goods traffic will continue at all borders. Necessary travel for work is still possible and continues within the EU's internal borders. This will ensure access to everyday goods and medicines, and will not lead to society and the economy shutting down.

Helsinki–Vantaa, Mariehamn and Turku airports will be kept open for goods and return traffic. The Border Guard may allow travel for work if there is a necessary and justified reason. Other airports will be closed to international traffic.

At the international border-crossing points of the eastern border, traffic and opening hours will be restricted. Passenger traffic via the Vainikkala border crossing point will be suspended.

At the border between Finland and Norway, Kilpisjärvi, Karigasniemi, Kivilompolo, Nuorgam, Näätämö and Utsjoki will be kept open for goods and return traffic. In addition, necessary travel for work and other necessary traffic may be permitted. Crossing the border is not permitted elsewhere.

At the Finnish–Swedish border, Karesuvanto, Kolari, Muonio, Pello, Tornio and Ylitornio will be kept open for goods and return traffic. In addition, necessary travel for work and other necessary traffic may be permitted. Crossing the border is not permitted elsewhere.

Restrictions on border traffic make it significantly more difficult for foreign workers to enter Finland from abroad. Starting from midnight on Sunday 22 March 2020, crossing internal borders will only be permitted for persons who, based on a permanent employment contract, work in the areas along the borders with Sweden and Norway where travel for work is common.

This means that, in future, people from Estonia will not be able to travel for work to Finland on a regular basis, except for certain categories of persons. These include healthcare and rescue service professionals. A detailed list can be found on the website of the Finnish Border Guard.

In the case of EU citizens and people with a permanent residence permit in another EU country who are returning to their home country via Finland, such travel will be allowed, taking into account the person's state of health.

The closing of a border-crossing point may not prevent anyone's right to international protection.

The Government decided to limit public gatherings to no more than ten persons, and it recommended that people avoid spending unnecessary time in public places. The police may monitor compliance with the restrictions on public gatherings within the limits of their resources. The better that people comply with the orders and recommendations that have been issued, the better the police will be able to direct resources to urgent tasks.

Public gathering means a public meeting and a public event organised in a public place. Public meetings include demonstrations and other events that are open to all and that are organised to exercise the freedom of assembly. A public event is an entertainment event, a competition, a show or other comparable event that is open to the public. Such meetings and events do not include backyard games or other leisure-time team sports events, visits to restaurants or municipal decision-making.

This means that the restriction concerning events of over 10 persons applies to cinemas, theatres, museums and meetings of associations.

For public events that have already been announced, the police will prohibit all that have more than 10 participants and that are held in a public place. The organisers of these events are obliged to cancel them. The police will prevent, interrupt or put an end to the events if the organisers do not fulfil their obligations.

The police cannot prohibit the arrangement, in advance, of a public meeting, such as a demonstration. Under emergency conditions, the organiser or the chairperson has this responsibility.

The rescue services have their preparedness and functional capacity in order and they are monitoring daily the adequacy and changes needed. For the time being, the rescue services are mainly operating with normal powers. Urgent and emergency services of the rescue services and the Emergency Response Centre Agency will be ensured. This is primarily done through working-time arrangements, protection of personnel and prioritisation of tasks.

Retired persons are called back to work as necessary

The Government decided that exceptions will be made to the provisions of the Working Hours Act and the Annual Holidays Act in the case of critical personnel. Trained professionals in internal security may be obliged to perform work as necessary. This means that retired border guards can be ordered to return to work and police officers can be called back to work. Students in training to become police and border guards can also be called on to work.

The Government's measures to ensure access to early childhood education and care for the children of employees in critical sectors also apply to the Ministry of the Interior’s branch of government.

Correction on 19 March: meetings of associations added to the sentence "This means that the restriction concerning events of over 10 persons applies to cinemas, theatres, museums and meetings of associations." The paragraph concerning the possibility of cross-border work has been corrected on 20 March: according to the position outlined by the Government on 19 March, crossing internal borders for purposes of work is allowed starting from midnight on Sunday 22 March 2020 only in the areas along the borders with Sweden and Norway where travel for work is common.