Amendments to the Aliens Act to prevent misuse of subsequent applications 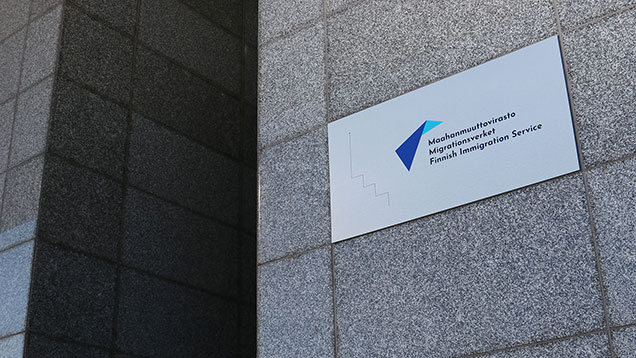 The Aliens Act will be amended, for example by specifying the criteria for the processing of subsequent applications. The Government submitted the amendments to the Act for approval on Thursday 28 March, and the President of the Republic will approve the Act on Friday. The Act is scheduled to enter into force on 1 June 2019.

According to the new amendments, asylum seekers have to be able to present well-founded grounds for not having previously presented the arguments they are now making in the subsequent application Such grounds may be changes in the applicant’s home country or in his or her personal circumstances in Finland. The applicant may also have well-founded reasons relating to their vulnerability, shame or fear. The Finnish Immigration Service takes account of these reasons when considering whether a subsequent application will be examined or not.

A subsequent application refers to an application for international protection that a foreign national makes after receiving a final decision from the Finnish Immigration Service or an administrative court concerning a previous application submitted by the applicant.

"It is not intended that a person submits a new application only for the purpose of delaying the processing, and this way causing a backlog in processing. We will now reduce the possibility of misuse. The fair processing of asylum applications also includes the right to appeal and a possibility to make a new application if there are grounds for doing so," says Minister of the Interior Kai Mykkänen.

The new amendments are based on the EU Asylum Procedures Directive. Now the provisions of the Directive will be included in the Aliens Act more clearly than before. In compliance with the Directive, the Act will also provide that the admissibility of an application also requires that the applicant was, through no fault of his or her own in connection with the processing of the earlier application or the related request for review, incapable of asserting the situations or grounds now presented in the subsequent application.

The amendments will also have an effect on the procedures of the police. In future, a subsequent application will not prevent the enforcement of an earlier decision on denial of admittance or stay, if the subsequent application does not fulfil the criteria for admissibility and it has been submitted only for the purpose of preventing or delaying the return. In practice, this means situations in which the arrangements for the removal from the country have already been made and a new application is not submitted until at the airport, for example. Therefore the subsequent application must be submitted as soon as there are grounds for it, not just when the person is being returned.

The Act will specify the start and end of the right to work of persons who have applied for international protection. Asylum seekers have been able to start working three months after the submission of their first asylum application if they have a passport, or six months after if they do not have a passport. In future, the same time limit will also apply to subsequent applications. The right to work ends when the decision of the Finnish Immigration Service becomes enforceable.

In addition, determining the availability of labour (labour market test) will no longer apply to a person who has worked in Finland for a year with a residence permit for an employed person. The person can also change professional fields if he or she meets the qualification requirements in that field.

"It is unreasonable that a person who is already working legally in Finland is faced with the labour market test and cannot advance in his or her career, and may have to leave the country when changing fields. This does not attract talents and employees. I believe that streamlining the extended permits process will attract jobseekers to Finland," says Minister Mykkänen.

The amendment will increase the supply of labour, particularly in the cleaning services, manufacturing industry, construction and metal industry, as well as to some extent in the garden and agricultural sectors. There is a shortage of labour in these sectors and the labour market mismatch is common.

The Act to be adopted will also lay down provisions on taking possession of the travel documents of persons who have applied for international protection. The provision confirms, at the level of an act of Parliament, the current practice, in which the police, border control authorities or the Finnish Immigration Service may take possession of a passport or other travel document until the applicant has been granted a residence permit or he or she has left the country.

The travel document may also be transferred to other competent authorities for keeping. The authority that keeps the travel document ensures that the applicant can take care of his or her affairs in situations in which the establishment of identity is required.

The Act to be adopted also includes an amendment based on a decision by the Court of Justice of the European Union. Under this amendment, the relevant date for assessing a family reunification sponsor’s age should be the date on which the application for international protection was submitted.

In future, a person who was a minor at the time of entry into Finland but who reached the age of 18 during the asylum procedure will be considered a minor when submitting an application for family reunification. This amendment will apply to those who have been granted asylum or subsidiary protection status. The application for family reunification must be submitted within three months after the applicant has been notified of the decision on international protection.