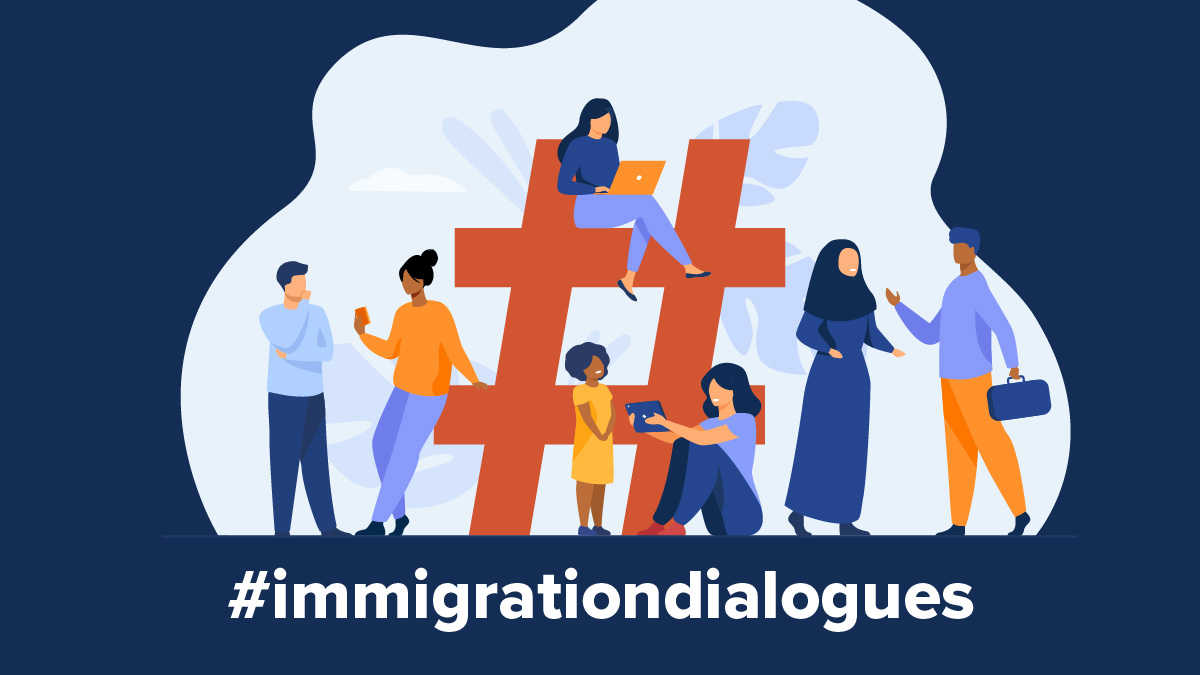 The Ministry of the Interior is launching a series of immigration dialogues. The idea is for various actors across Finland to organise discussions on immigration this autumn. The aim of the discussions is to increase understanding of different perspectives and the changing nature of immigration.

It is recommended that the dialogues be carried out using the Timeout method, which is a way to generate constructive dialogue in small groups. The goal of the immigration dialogues is to increase discussion, understanding and trust between people.

“Fervent discussion on the topic of immigration may lead to many people choosing to watch from the sidelines. It is important for a highly functional society and strong democracy that its members can engage in dialogue with one another. Immigration dialogues aim to give as many people as possible, representing diverse backgrounds, the opportunity to participate in the discussion and highlight perspectives that they consider important,” says Director General Minna Hulkkonen from the Migration Department of the Ministry of the Interior.

The immigration dialogues will take place on 7 October, 27 October and 3 November. Interested organisers can host a discussion on one, two or all three of the specified dates.

Broadening the debate on immigration

To facilitate discussion of the full scope of the phenomenon, it is important to broaden the debate on immigration in terms of its content.  The organisers of the dialogues are free to decide on the starting point for the discussion. Examples of possible starting points include job-seeking, studies, permit processes, integration, inclusion, services, cultural activities or any other topic that is perceived as important.

“Employment, family ties and studies are the most common reasons for migrating to Finland. Immigration is a permanent and growing phenomenon that is part of Finland’s present day and future. It is important for our society to have open and multifaceted discussions about this topic,” says Senior Specialist Anna Rundgren.

The importance of listening to and respecting others

The immigration dialogues may also include expressions of criticisms and concerns related to immigration. The idea is not to achieve unanimity, but rather to bring together people from different backgrounds to have a discussion characterised by fairness and equality.

“It is important for the discussions to have a constructive tone and for the participants to make a conscious effort to reduce polarisation between people. This creates an atmosphere where even conflicts can be discussed. Listening to the other participants and respecting them is key,” says Service Designer Mariana Salgado.

Register as an organiser by 16 September

Organising an immigration dialogue, or participating in one, is an opportunity to promote a culture of constructive discussion and highlight different perspectives. Depending on the starting points selected by the organiser, the dialogue can also promote the inclusion of a particular population group, address the impacts of immigration on the organisation in question, and strengthen the organisation’s cohesion and community spirit, for example.

There are clear instructions and materials that make it as easy as possible to organise a dialogue event. The deadline for registering as an organiser is Friday, 16 September. The registered immigration dialogue events will be listed on the Ministry of the Interior’s website.

Summary to be used in the drafting of legislation and policy

Later this year, the Ministry of the Interior will produce a summary of all of the dialogues. The summary will be used in the comprehensive reform of the Aliens Act and the drafting of Finland’s comprehensive migration policy, for example. Comprehensive migration policy means that all of the phenomena and social issues related to migration are taken into consideration. The deeper understanding achieved through the dialogues will help identify effective and sustainable solutions.

The summary of the immigration dialogues will be published in early 2023.

Positive experiences have already been gained in Finland from similar series of discussions. For example, in 2020–2021, nearly 300 dialogues were organised as part of the Lockdown Dialogues series, with approximately 2,100 participants.