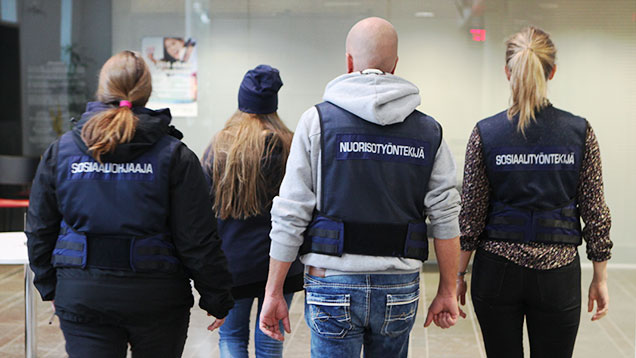 The police have been developing preventive action in police departments and more resources have been allocated to this work, and some good results have been achieved. Police officers carrying out preventive work are committed to these efforts and have a clear view of what needs to be done. However, differences in the way police departments implement preventive action are apparent. This is one of the issues pointed out in a recent report on implementation, which examines the results of preventive work in 2019.

Preventive police work helps to maintain the safety and security of people and society, and it helps to engender a sense of security and sustain trust in the police. This is achieved through early intervention in incidents and developments that undermine safety and security. In preventive work, cooperation with local residents and organisations is essential.

Last year the key themes of preventive action were:

For example, multi-professional Anchor activities have been expanded and developed, and the police and others have reached out to more and more young people in different parts of Finland who act out through criminal behaviour. In Anchor work, cooperation between social workers, the police, healthcare professionals and youth workers has made it possible to help both young people and families. Anchor work also prevents the formation of gangs and the emergence of areas at risk of escalation of security problems.

The police operate in the areas covered by the 11 police departments. These areas are large, and residents increasingly feel that the police are far away physically and that the visible presence of the police has decreased. The purpose of the strategy on preventive police work is to bring the police close to the residents and partners. This will enable the police to better identify and understand the needs of people and communities, thus increasing people's safety and security.

Preventive work is a statutory duty of the police and the resources are mainly included in the core financing of the police. Separate funding has also been granted to promote certain important objectives. Additional funding has been provided, for example, for virtual policing and for the police work in suburbs and sparsely populated areas.

There are major regional differences in how Anchor activities and other preventive work are carried out. As a result, residents in different parts of the country do not have equal access to services that prevent disturbances and crimes and that increase security. The differences are influenced, among other things, by resources and by how, for example, multi-professional cooperation (such as Anchor activities) is managed and implemented by different authorities.

Finland’s Strategy on Preventive Police Work was adopted in December 2018. It covers the years 2019–2023 and aims to ensure that Finland is a safe country for everyone living here.

The new report on the implementation of the Strategy is based on information provided by the local police departments, the National Bureau of Investigation and the Police University College. This is the first time that preventive police work has been extensively examined and where the results of these efforts are reported.