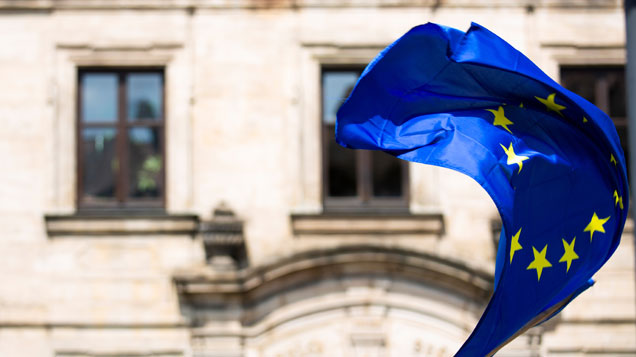 EU home affairs ministers will convene in Luxembourg on 14 October. The ministers will continue the discussion on Russia’s war of aggression against Ukraine. The focus will be on the refugee situation in the EU and the effects of the war on the Union's internal security. The ministers will also discuss the EU’s migration and asylum policy reform. Minister of the Interior Krista Mikkonen will represent Finland at the meeting.

“Russia’s invasion of Ukraine has triggered large-scale migration to the European Union. Member States should prepare for the continuation of the crisis and a further escalation of the situation regarding migrants. In addition to taking urgent measures, it is increasingly important for both Finland and the EU to proceed with long-term objectives and to implement the necessary reforms of the EU’s migration and asylum policy,” says Minister Mikkonen.

The ministers will continue the discussion on the reform of the EU's migration and asylum policy. At the meeting, the Czech Republic, which currently holds the Presidency of the Council of the EU, will present its new model for solidarity and seek general support from the ministers for further work on it.

In June, more than 20 EU Member States (including Finland) and Schengen associated countries signed a political declaration of solidarity for the benefit of five Mediterranean countries (Spain, Italy, Greece, Cyprus and Malta). The signatories have so far made commitments concerning the relocation of slightly more than 8,000 asylum seekers.

4.3 million applications for temporary protection registered in the EU

As part of the EU, Finland shoulders its share of responsibility for the impact of the situation in Ukraine on migration, and especially for protecting people fleeing the war. The Temporary Protection Directive provides a uniform European solution that helps to guarantee immediate protection and a uniform status in the Member States for people fleeing the war in Ukraine.

Approximately 4.3 million applications for temporary protection have been registered in the EU. Of those applying for temporary protection across the EU, 0.9 per cent have been registered in Finland. No significant changes have taken place in the number and situation of refugees in recent weeks. However, as the winter approaches, the number of arrivals is set to increase again.

The introduction of a common registration platform for beneficiaries of temporary protection in the Member States is progressing. Since its deployment in June, data on 3.5 million registrations has already been uploaded to the system. The European Commission is further developing the system to improve the situational picture of refugee movements between EU Member States.

EU aims to exchange information on internal security with Ukraine

The home affairs ministers will also discuss the effects of the war in Ukraine on the EU’s internal security.  In September, the EU Counter-Terrorism Coordinator Ilkka Salmi informed the home affairs ministers of his visit to Ukraine. One of the aims of the visit was to exchange information between Ukraine and the EU on terrorism, organised crime, arms smuggling and the investigation of war crimes.