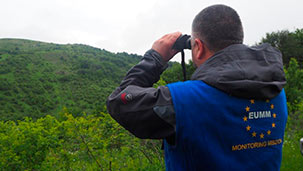 The Crisis Management Centre (CMC Finland), operating in connection with the Emergency Services College, will move from Kuopio to the Helsinki Metropolitan Area. On the other hand, rescue education will be provided in Kuopio when the operation of the Helsinki Rescue School will cease in connection with the regional government reform. In the future, all rescuers will be trained in Kuopio. Education and recruiting related to international rescue services will also be moved to the Emergency Services College.

"These decisions have been based purely on what is most sensible in terms of operation. Politically, it would be easier to keep the operations in their current locations. That option is not justified, however, because the costs are estimated to be four times higher than in the centralised model. In addition, it would not guarantee the best conditions for the further development of the internationally renowned Finnish civilian crisis management," says Kai Mykkänen, Minister of the Interior.

"Unfortunately, the synergies between CMC Finland, which focuses on international operations, and the Emergency Services Collegehave been suboptimal, and the best operational settings for the CMC are in the capital region. When investigating the exact location, the objective is to promote synergies with the Finnish Defence Forces International Centre, FINCENT."

"It is also practical and cost-efficient to train rescue professionals in one place, and the college in Kuopio is well equipped for training. The cost savings will allow us to invest in better education. This change will strengthen and clarify the role of the Emergency Services College," says the Minister.

At the moment, approximately 90% of Finnish rescue professionals are trained in the Finnish Emergency Services College in Kuopio and approximately 10% in the Helsinki Rescue School.

Transfer of the Crisis Management Centre already contemplated before

After the establishment of CMC Finland, the status and operation of the centre has been reviewed in several reports. In 2010, for example, a working group that investigated the administrative status found it to be challenging to locate the CMC in connection with the Emergency Services College because of the considerable differences between their core tasks. Similarly, in 2017, an expert group that studied the status and tasks of the CMC stated in their final report that the location of the centre in Kuopio causes certain challenges and that the transfer of the centre to the metropolitan area would facilitate both national and international cooperation with other crisis management operators.

At the moment, the CMC permanently employs 22 people, most of whom already live in Southern Finland. Out of them, 17 mainly work in civilian crisis management and 5 in international rescue operations.

The administrative transfer of the CMC – from the Emergency Services College to form a separate unit in connection with the Ministry of the Interior – was already initiated as part of the comprehensive review of the Act on the Participation of Civilian Personnel in Crisis Management.  Also, it had been decided before that the recruitment, education and deployment of international rescue experts to operations will be transferred from the CMC to the Emergency Services College. This further strengthens the role of the Emergency Services College as an educational institution for the entire field of civil protection. Arranging of the operational functions of international rescue operations from 2020 onwards will be decided in connection with the reform of the rescue services.

"I understand that this transfer is a sensitive matter, regionally speaking. We also have to acknowledge, however, that many of the operations and exercises have already taken place elsewhere and that a significant share of the personnel have regularly worked remotely. Increasing the number of training places in the field of rescue services will bring more experts in the security sector to Kuopio than will leave the area when the CMC is transferred," describes Mykkänen.

All rescue education to be provided at the Emergency Services College

Most of rescue professionals are already trained at the Emergency Services College in Kuopio. In addition, the City of Helsinki has its own Rescue School that trains rescuers for the needs of the Helsinki City Rescue Department. In the new system, the tasks of the cities will not include the arrangement of rescue operations, making it practical and cost-efficient to focus all rescue training to the Emergency Services College in Kuopio.

The initial vocational training qualifies the rescue workers for basic level tasks in emergency care (ambulance). In addition to the actual rescue training, the rescue department of Helsinki and some other locations have arranged so-called "practical nurse" training to increase the competence for emergency care. The Ministry of the Interior will investigate the possibility to continue offering practical nurse training at the Emergency Services College in cooperation with health care educational institutions. The counties assuming the responsibility for arranging rescue services can also make independent decisions to offer additional training for rescue workers recruited to emergency care, like Helsinki has done.

The education volume of the Helsinki Rescue School is 15 firefighter diplomas and 6 sub-officer diplomas per year. At the moment, the annual education volume of the Emergency Services College is 120 fire-fighter diplomas and approximately 30 sub-officer diplomas. After the change, the corresponding figures of the Emergency Services College would be 135 and 36 degrees, respectively. The last class will graduate from the Rescue School in 2020.

"The traditional Rescue School in Helsinki has carried out good work, and the solution is far from black and white. I can also understand the concerns regarding the relocation of the education. At the same time, we must keep in mind that the rescue workers of all the other cities are recruited from Kuopio now", says Minister Mykkänen.

A statement will be requested from the regionalisation coordination team on the operational, financial, regional and effects of the proposal as well as its effect on the personnel.