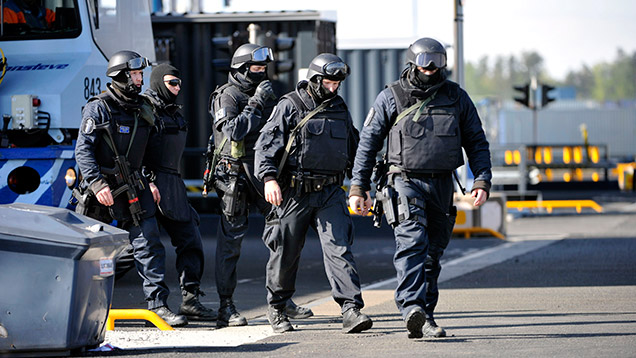 Finland’s counter-terrorism preparedness and capabilities are based on close cooperation between authorities and other actors in society. The Government adopted a Resolution on the National Counter-Terrorism Strategy on 29 November. The Strategy includes 31 actions that are either already being carried out or the implementation of which will begin immediately as a collaborative effort of authorities and other actors.

“The best way to combat terrorism is through preventive action. Successful counter-terrorism requires a collaborative effort of all parties involved and sufficient resources and competences of the authorities,” says Minister of the Interior Kai Mykkänen.

The National Counter-Terrorism Strategy aims to establish a sustained and active approach to counter-terrorism in Finland. The Strategy creates a framework for operating models encompassing all of society and guides and directs the allocation of counter-terrorism resources and the development of legislation.

Operating environment has changed and threat of terrorism increased

The previous Counter-Terrorism Strategy was adopted in 2014. Since then, counter-terrorism activities in Finland have seen major changes in response to the changing operating environment and the constantly growing threat. People have also left Finland to fight as ‘foreign fighters’ in the ranks of terrorist organisations. In addition, the rise in radical Islamist propaganda targeting Finland and Finland’s heightened profile in the radical Islamist field have raised the threat of terrorism against Finland.

The Strategy describes actions that are required to safeguard our counter-terrorism capabilities and lays down long-term policies. It is also necessary to enhance the scope of action available to the authorities in addressing and influencing the actions of counter-terrorism target individuals seeking to enter Finland or residing here. Finland is a state governed by the rule of law, which means that it respects the fundamental and human rights also in its counter-terrorism activities.

The Government requires the authorities to start implementing the strategic counter-terrorism actions without delay. A main responsible authority has been designated for each action and that authority will summon other relevant actors to plan and implement the action. The Ministry of the Interior is responsible for monitoring the currency and implementation of the Strategy, and it will prepare an interim report on the implementation of the Strategy in 2020.

Through international cooperation, Finland seeks to reduce the capacities of terrorist groups in the areas where they are active and to prevent violent radicalisation.

Communications by the authorities can increase awareness of the terror threat facing Finland and its underlying causes. Proactive communications help to prevent the dissemination of false information and hate speech and to ensure a fact-based approach to the topics at hand.

Cooperation with civil society is vital in communications seeking to prevent violent radicalisation, as social media sites are a major platform for the dissemination of terrorist propaganda.