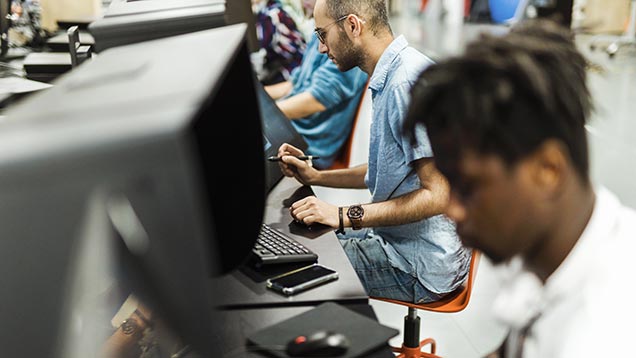 Immigration supports Finland's population growth, as the birth rate is record low in Finland, it is stated in a report submitted by the Ministry of the Interior to the OECD. Certain fields are suffering from a labour shortage, and the ageing of the population can aggravate the situation in the future. The situation can be alleviated by labour migration.

The residence permit process must be as smooth as possible so that it would not be an obstacle to attracting specialists to Finland. The Government aims to develop the processing of work-based residence permits so that the average processing time would be about one month. The employment of international students is to be facilitated by extending the validity period of a residence permit after graduation to two years.

Attention is paid to employment of all immigrant groups

Finland is striving to ensure that immigrants, who have been granted a residence permit on the basis of family ties or international protection, would enter working life faster than earlier. The objective is supported by the Ministry of Economic Affairs and Employment's SIB employment project and development of immigrants’ Skills Centre activities. Rapid employment helps immigrants to integrate to Finnish society and eases the shortage of labour.

The Finnish Government stresses the importance of common European solutions, emphasising fair and sustainable sharing of responsibility, as well as Nordic cooperation in its response to the global refugee and asylum situation.

Finland promotes the wider use of the quota refugee system, because the resettlement of quota refugees is an efficient and effective way of helping the most vulnerable refugees. Finland will receive 850 quota refugees in 2020.

The review published now covers the period from January 2018 to the end of June 2019. The aim of the review is to provide facts for an objective debate on immigration and to support policy preparation. The review is also Finland’s Migration Report to the OECD, or the Organisation for Economic Co-operation and Development. The report is written in English and its topics are based on OECD guidelines.

The report was produced in cooperation between several ministries as well as the Finnish Immigration Service, Statistics Finland and the National Police Board.